Over the past few years, more than 3.5 million people have taken out a loan, 40% of the people taking out these loans are aged between 21 and 27 that’s a whopping 1.4 million people.

QuidMarket is a loan company that specialises in small loans. As a responsible lender, our loans are available for those over the age of 23. Millennial using loans are not a new trend. Over one million people annually take out loans across different loan companies.  Loans usually amount to an average value of around £370.

What benefits do young people see in small loans?

The situation surrounding the young adults is vastly different to those of other demographic. They are by far the most likely candidates for a small loan, but what are the reasons for youngsters using these loans?

Small loans have become very popular in recent times. Consumers can borrow small amounts of cash, usually between £50 and £1,500, within a matter of minutes. Moreover, you can access these loans on the basis of your earnings.

Small loans are for people that need a quick advance to escape a temporary problem. Great examples of this include car breakdowns, problems or unexpected bills. In reality, the fact that over four million loans will be took out over a 12-month period suggests that people use small loans for more than just an emergency. Under the right circumstances, small loans can be extremely useful for the borrower.

To say that young adults are most likely to use these smaller loans is an understatement. Figures from Citizens Advice suggest that young professionals using smaller loans (counts for up to four in 10 young adults) will use a small loans at some stage or another. Given that roughly 1.2m people covering the entire population will take one, those stats are out of sync with other audiences.

Under 25’s are far more likely to use these smaller loans than bank loans and other forms of credit. There are some factors contributing to those statistics, such as the speed in which they can get access to the cash within a hour or two. But the bottom line is that nearly two-thirds of all credit taken from this generation is through these smaller loans.

Another trend worth noting is the fact that this demographic is the most likely to file complaints regarding their loans. They often feel victimised by being sold an unclear plan that they simply couldn’t afford. That makes them the most vulnerable audience for missed payments. 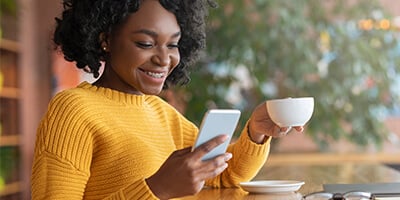