Next week on Monday 23 April is St George’s Day, the Patron Saint of England. Images of a heroic knight slaying dragons instantly comes to mind, but who is the man behind the stories. And why is a Turkish Soldier venerated as the patron saint of England?

Here we look a little into the life of the man who inspired a legend.

The man behind the flag

As the Patron Saint of England, it is fair to say the story of St George is as iconic as it gets. Richard the Lionheart used his emblem for his uniform and later the St George Cross became the English flag.

However, like the quintessential cup of English Tea, the origins of this most English of national heroes begin a long way away – 2,000 miles away in fact.

It is generally accepted St George was born in Central Turkey, to Christian nobility. There was nothing written about his early life at all – the earliest version of the story of St George dates from the 5th Century writing “Passio Georgii”, or “The Passion of St George” and basically describes his dissent, capture, torture and martyrdom.

Although all other versions of St George’s story derive from this account, it was generally accepted as a complete work of fiction and banished into the realms of “unacceptable writings” by Pope Gelasius I nearly 100 years later!

He even went so far as to lable Passio Georgii as the “sort of thing composed by heretics and ignoramuses” and banned its reading completely, describing St George as “one of those names who are justly reverenced among men, but whose acts are known only to god”.

St George followed his own father’s footsteps into the military and served as a soldier under Emperor Diocletian.

Fast forward nearly a thousand years and the medieval author Jacob de Voraigne introduces the dragon into the story of St George. According to de Voraigne’s “The Golden Legend” St George travelled to the city of Silene in Libya while serving in the military.

When he arrived, he found the city being terrorised by a ferocious sea-dragon. The king had commanded the inhabitants to give their children to the dragon as a sacrifice, but still, the dragon was unrelenting.

While serving in the military, the emperor Diocletian ordered the “Great Persecution” of Christians, seizing property, torturing and executing worshipers of this “new upstart religion”.
St George responded by refusing to take part and gave up his military position, giving his possessions to the poor and vehemently protested against the actions of the emperor.

This landed him in hot water – or, if you believe the legend, a vat of boiling lead.

A local officer named Dacian arrested St George and subjected him to a range of ever more elaborate torture and executions, ranging from wearing iron spiked shoes, drinking poison, being scourged or whipped, bludgeoned and in one account was thrown into a cauldron of molten lead.

However, each time St George emerges unscathed. Eventually, after destroying a pagan temple and converting many others to Christianity, St George was beheaded at Lydda in modern day Palestine.
However, the legend goes on to tell us that while travelling home from St Georges execution, fire rained down from heaven and consumed Dacian, the officer who ordered the beheading, along with all his servants.

St George’s Tomb in the modern city of Lod became a centre for early Christian pilgrimage.

After his martyrdom, St George became synonymous with courage, bravery and military strength and was soon the patron saint of soldiers and armourers.

Thus, after placing himself and his army under the protection of St George, King Richard the Lionheart started a romance between England and this Turkish dissident soldier and even adopted the red cross of St George as his emblem on his standard.

The feast of St George had been celebrated in England for hundreds of years on 23 April, the date of his martyrdom, but became one of the most important feast days in the English calendar after the battle of Agincourt in 1415, with St George still being the protector of the English soldiers who were outnumbered nearly 6 to 1.

This led to many romantic legends, with some even depicting St George coming to England as a delegate of the Emperor Diocletian while other local folklore claimed he visited the tomb of Joseph of Arimathea at Glastonbury, or served at the Roman garrisons at Caerleon in Wales and at York.

Over time, the English links to St George became more and more grandiose, claiming the dragon was actually slaughtered at Brinsop on the Welsh boarder, or at the White Horse of Uffington Hill in Wiltshire – a fact made more difficult as recent studies show the horse was carved in Victorian times.

None of these stories are based in historical fact, but they served a purpose by attracting pilgrims (along with their tithing), and entertaining and inspiring parishioners.

Other patronages include places like Malta and Gozo, Portugal, Aragon, Valencia, the Balearic Islands, Sicily, Venice, Genoa and Sardinia.

He is also the patron saint of soldiers, armourers, farmers and sufferers of the plague. 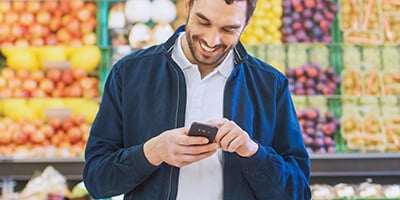